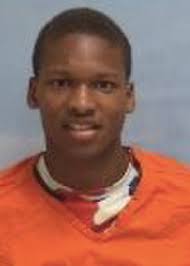 Teen Pleads Guilty To Attempting To Steal A Plane!!

Authorities have said Scott was found July 4 inside the cockpit of an American Eagle jet at Texarkana Regional Airport and that he had hoped to fly to an out-of-state concert. Airport security saw Scott jump a fence onto the property around 2:30 a.m. and immediately called police.

He has no training as a pilot. Police have said he told investigators he thought piloting the plane would involve little more than pushing buttons and pulling levers. In December, he was found mentally competent to stand trial. According to the Gazette, Scott told investigators that he’d been thinking about stealing the plane for a month and had been watching it since 10 p.m. on July 3.
——————————————–

We remember seeing this story back when it happened and we’re uncertain why we didn’t post this fuckery!! To be honest we think we had to be on a hiatus due to this fuckery happening on the Fourth of July ( we take a break every national holiday)!!! It’s unbelievable to think that this fool expected to be able to fly a plane with zero experience SMH…. This teens actions are the epitome of human fuckery!!