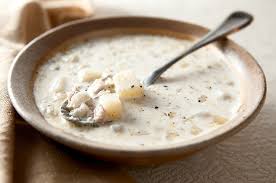 MIDDLETOWN – A man arrested Monday is accused of calling 911 four times to complain about someone throwing his clam chowder into a dumpster, and then once more to complain about being given a misdemeanor summons for misusing the 911 system, according to a report.

Sok Yi, 70, of Main Street, was issued a misdemeanor summons for misuse of a 911 system. Police said Yi called 911 four separate times Monday and did not report any type of emergency during these calls, instead yelling and screaming that someone had thrown his clam chowder into a dumpster.

Police said Yi admitted there was no emergency at his home but called 911 because he had no other number to contact police. He was released on a promise to appear in court March 12.

An hour later, dispatch reported they received another 911 call from Yi. During this 911 call, Yi allegedly did not report any sort of emergency, instead complain to the dispatcher he had received a summons for misusing the 911 system.

When police arrived on scene, officers found Yi lying in his bed intoxicated, but said he did not need any sort of medical or police assistance. He then began to angrily complain about being issued a misdemeanor summons, police said.

Yi was arrested and advised he would be taken into police custody. However, when officers repeatedly asked him to get out of bed, he allegedly refused. He was then removed from the bed by police, but as he was being handcuffed, officers said he tensed and refused to comply.

Police told him several times to stop resisting, but he allegedly refused again. Once he was placed in handcuffs, officers said he refused to put on his shoes and walk out of his home. After some hesitation and stalling, he finally complied, police said.

He was charged with misuse of a 911 system and interfering with police. He was again released on a promise to appear in court March 12.
————————

Nothing much more to say about this fuckery, this fuckery speaks for itself!! For more bizzare 911 calls feel free to view the see also links below!!

see also:Woman Calls 911 Because She Couldn’t Use WIFI!!!