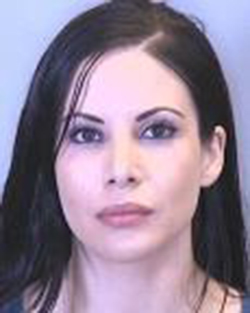 Woman Stashed 7 Syringes In Her Coochie!!

During a pat down, Wescott “pulled away” as an officer “searched the right side of her groin area.” The cop reported feeling “something hard in her vagina area.” While refusing to identify the item, Wescott reportedly “spontaneously uttered she ‘fucked up.’”

It was only after Wescott was at the Pinellas County lockup that she relented and “removed 7 syringes from her vagina” in the presence of three jailers.
——————————————-

Of course this fuckery happened in Florida!!! Man…… It’s been awhile since we’ve posted a fucktard who attempted to conceal drugs or drug paraphernalia in their coochie… Feel free to view similar instances of fuckery like this in the see also links below!!

see also:Woman Found With Gun Inside Of PUSSY During Strip Search Pleads Guilty!!!