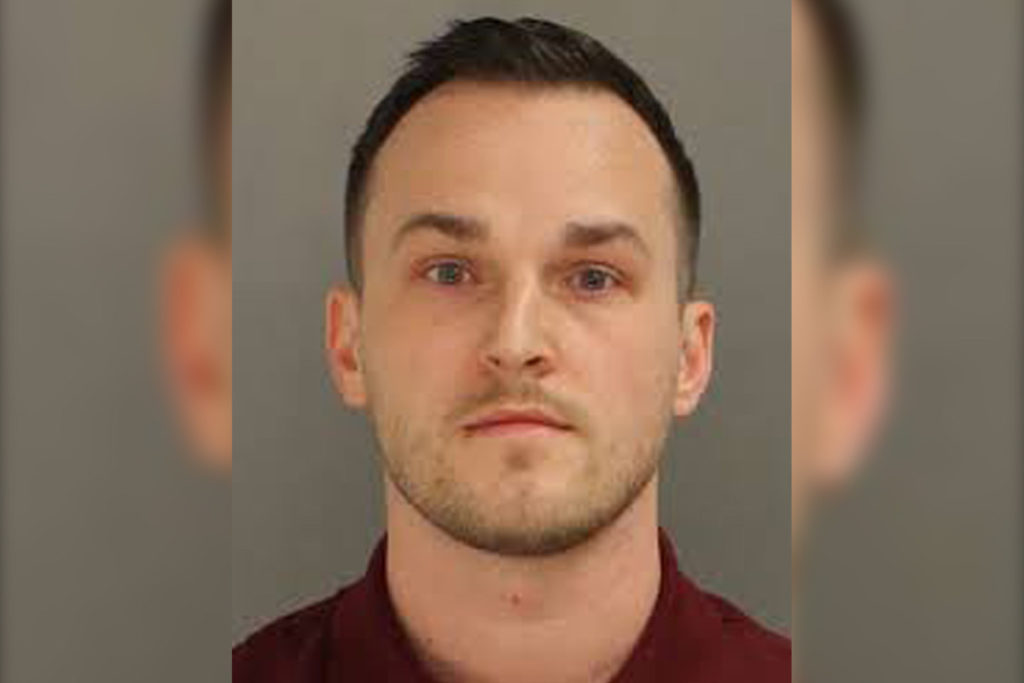 During the reception, Aimers approached an underage waitress at the Northampton Valley Country Club, and “asked her to go outside and make out,” according to the affidavit of probable cause for his arrest. He told the girl the two of them could “do whatever you want.”

The waitress spurned his advances, she later told police, saying the encounter left her shaken.

Later, Aimers followed the waitress into the women’s bathroom and pulled her into an empty stall, the affidavit said. There, he sexually assaulted her and exposed himself, she told police.

When the girl tried to pull away, Aimers continued “to proposition her,” according to the affidavit, and at one point offered her $100. The waitress was able to break free and leave the bathroom.
———————————–

And just like that folks this marriage is OVA!!!! There’s nothing much more to say about this fuckery, this fuckery speaks for itself!!!