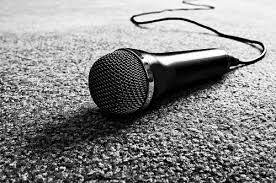 A 12-year-old Warren boy told police his mother left him home alone all day with his younger siblings while pursuing her “rap career.”

Police said they went to a home on Lane Drive around 1 a.m. Thursday, where a child went to get help from his neighbors.

Officers talked to the child, who said his mother left around 10:30 a.m. Wednesday.

The boy said he called his mother to get her to come home, but said she yelled at him and hung up, according to a police report.

Police said while talking to the boy, his three younger siblings came home, crying and wearing no shoes. The report listed them as 8 and 9 years old.

Bet she kicked off her first rhyme like this: