Here are all the winners from the 2018 End Of The Year Polls Voted On By You The Fans!!!! 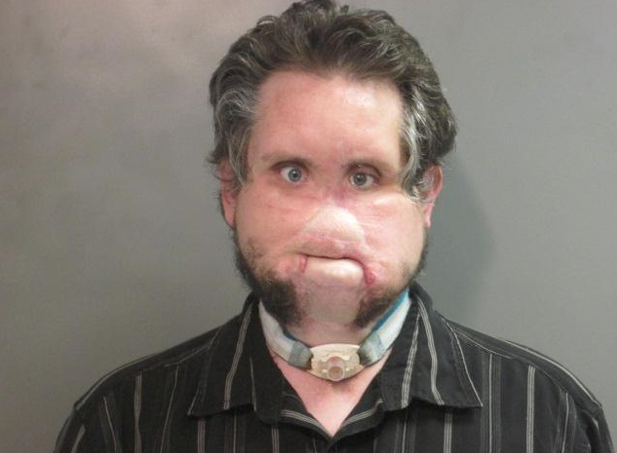 Potential Mugshot Of The Year???

He is currently being held in the Washington County jail in the custody of the Federal Court of the Western District of Arkansas.

He was convicted of possession of child pornography on August 3, 2015, and was serving time at the Washington County Detention Center. He was placed in the Medium Risk category, meaning he’s a person who could possibly re-offend.

Animal Fuckery Of The Year: Police Arrest Man For Sexually Assaulting Beaver In A Park In Washington! 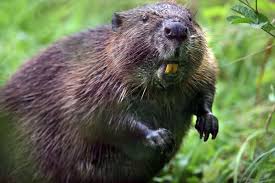 KENNEWICK, Wash.– A man has been arrested for animal cruelty after a woman said she witnessed him sexually assaulting a beaver in Columbia Park late Monday night.

The woman said she saw someone run the animal over with a car and then tried to help it by wrapping it in a towel before going home to get a container to put it in.

The woman claims she returned to the site about 30 minutes later and found a man on top of the beaver with his pants unzipped.

The witness then called police to report the incident.

When officers arrived, they arrested 35-year old Richard Delp, who was also found to be in possession of suspected methamphetamine.

He is facing charges of animal cruelty and possession of a methamphetamine.

The witness said the beaver did not survive. 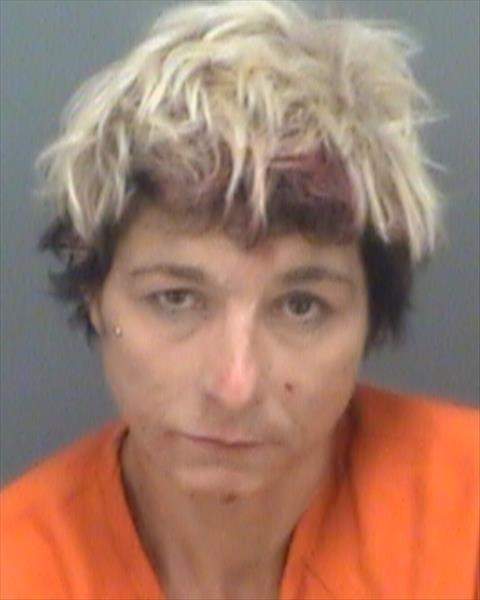 Hutton, 52, of Largo, was arrested Friday night after Largo police said she tried to destroy evidence by chewing and swallowing a glass crack pipe.

According to her arrest report, Hutton was looking through her purse for her boyfriend’s truck keys when an officer saw a “small glass pipe with Brillo and burnt residue inside, which is consistent with a crack pipe.”

As she rummaged through her bag, officer Robert Drumm said he saw her grab for the pipe and tried to place her under arrest.

“While I was doing this, she placed the pipe inside her mouth and refused to open it,” Drumm said in the arrest report. “I made several attempts to have her open her mouth … I observed her chewing and attempting to swallow, refusing to open her mouth.”

Once in custody, Drumm said Hutton “made a big swallow” and finally opened her mouth, revealing a cut on its roof, but no pipe in sight. Drumm said he looked in her purse again, but the pipe was gone.

Criminal Story Of The Year: Man Steals Date’s Car, Then Uses It For Another Date!

WTF Man!!! Man Steals Date’s Car, Then Uses It For Another Date!

Bodily Fluids Story Of The Year: Menards Shoplifter Escapes By Throwing Her Own Shit At Loss Prevention Associate! 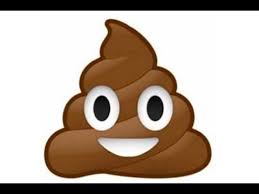 Menards Shoplifter Escapes By Throwing Her Own Shit At Worker!!!

Due To Articles Length We’ve Decided To Repost:

Indianapolis Metropolitan Police are searching for a woman who escaped a shoplifting incident Tuesday using her own feces at a Menards on the city’s east side.

Police were dispatched around noon to the Menards at 7701 E. 42nd St, Indianapolis, according to IMPD.

Upon arrival, officers spoke with a Menards loss prevention officer, who witnessed a woman remove a video camera from its packaging and place the item in her personal bag.

According to police, the loss prevention officer stated when he tried to stop the woman from leaving the store, she “reached behind her and dug into her pants and pulled out a handful of feces and threw it at him, striking him on his chest.”

The woman immediately ran out the door and escaped, police said.

The stolen camera was eventually recovered.

“Franks And Beans” Story Of The Year: Florida Man Cut Off Genitals Of Romantic Rival!! 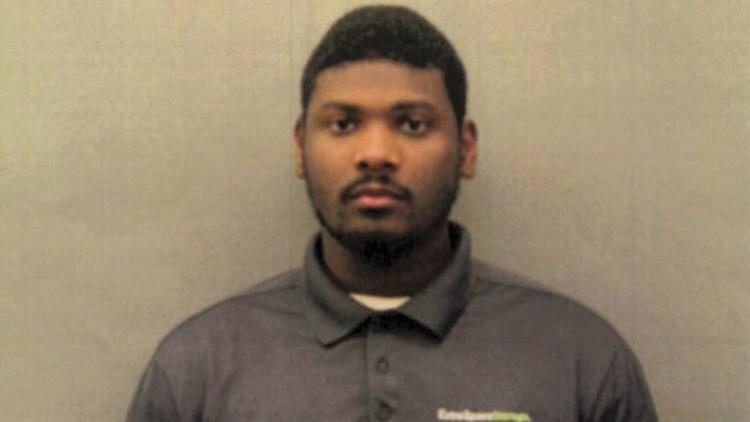 Justin Foster, 28, of Tallahassee, was ordered held without bail Friday in the March attack.

According to prosecutors, Foster flew from Atlanta to Chicago on March 13, rented a car and drove to the 1100 block of Holiday Lane in Des Plaines, apparently to confront his romantic rival. When Foster saw the victim, he approached him and began striking him in the head repeatedly with a tire iron until he lost consciousness, authorities said.

Foster then carved his initials into the victim’s leg, cut off his genitals and tossed them over a fence, and then left the victim, who was bleeding profusely, near a parked car, prosecutors said. Foster then drove back to O’Hare International Airport and boarded a flight back to Atlanta, authorities said.

Mother Of The Year: Florida Mother Gives 3 Year Old Son A Swirly! Mother Claims It Was All A Joke!

Father Of The Year: Oklahoma Man Kills Daughter’s Dogs To Punish Her For Not Doing The Dishes!! 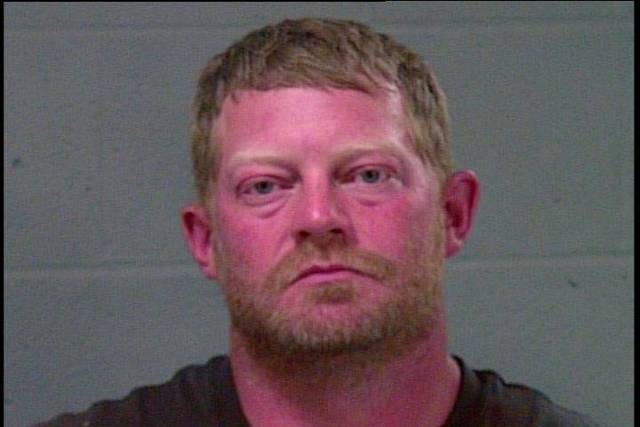 Oklahoma Man Kills Daughter’s Dogs To Punish Her For Not Doing The Dishes!

A Harrah man shot and killed his teenage daughter’s two dogs to punish her for not doing the dishes, investigators say.

Jeffrey Don Edwards, 35, was jailed late Wednesday on complaints of animal cruelty. He was released early Thursday after posting $10,000 bail.

Edward’s 17-year-old daughter told investigators her father “got mad at her” Tuesday night for not having the dishes done or the house cleaned.

“Her father was mad … and began throwing dishes,” an investigator with the Oklahoma County sheriff’s office reported in a court affidavit.

The daughter then called her mother, who picked her up from Edward’s house in Harrah. When the daughter returned to the house Wednesday morning, she found “blood all over the place” and her two dogs missing, an investigator reported.

Her uncle told her Edwards “shot her dogs to punish her,” according to investigators.

The daughter also said she found dried blood in the bed of her pickup. Investigators found tire tracks that led to a wooded area southwest of the house. The two dogs were found shot to death on the property about 100 yards from the residence.

After the shootings, Edwards reportedly visited a nearby convenience store and told two employees about killing the dogs. One employee said Edwards told them “his house was dirty and he lost his temper then shot the dogs without remorse,” according to investigators.

One dog was a golden retriever named Jessica Dawn. The other dog was a blue heeler-Labrador mix named Duck, authorities said. The dogs remains were sent to veterinarians at Oklahoma State University for forensic evaluation.

Investigators obtained a search warrant and discovered at least two rifles, a handgun and various ammunition on the property, records show.

In 2011, Edwards pleaded guilty in a drive-by shooting case and was sentenced to five years’ probation. He admitted firing a shotgun out the window of a pickup.

Again, thank all of you who took time to vote!! We wish all of you a great 2019!!! Thanks again for all of your support!!