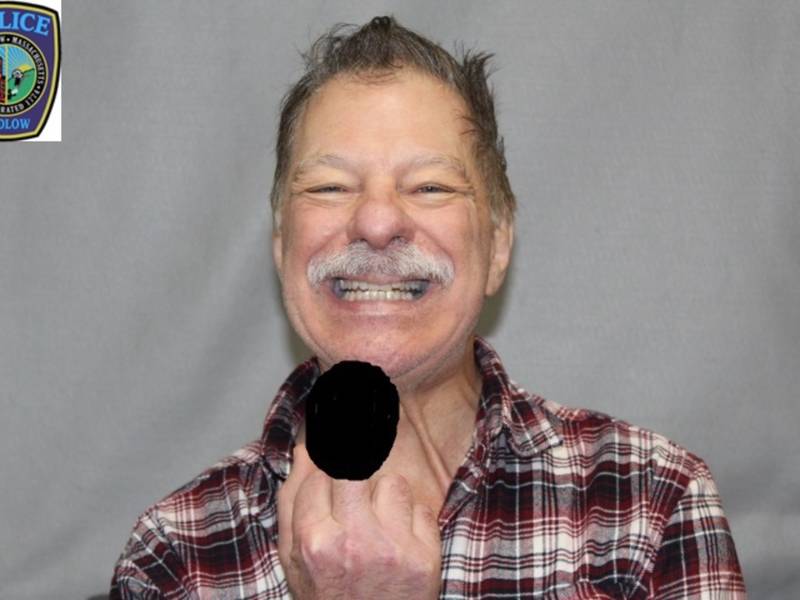 Man Flips Off Camera During Mugshot!!

LUDLOW, MA — A man who police said pulled a knife on two officers also became the latest to give the finger during his booking photo.

Ludlow Police said they responded to woman calling for help getting her car and cell phone from a home on Higher Brook Drive Saturday morning. While helping her in the house, a man, later identified at 64-year-old Ernest Marasa, approached her screaming and holding something behind his back.

When the officers intervened, Marasa pulled out an eight-inch folding lock-blade knife on them, police said. The officers ordered him to drop the knife, which he did.

Marasa was arrested and charged with two counts of assault with a dangerous weapon, obstruction of justice, and vandalizing property.
——————————-

We have no clue how the deputy taking the picture allowed this mugshot to be taken?? This man flipping the bird is one potential candidate for our end of the year mugshot of the year award, to view the other candidates feel free to see the see also links below!!