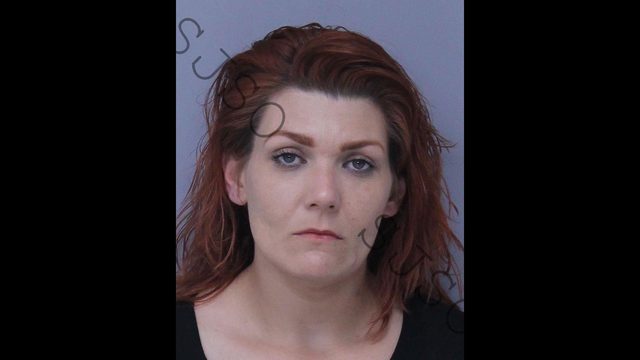 All Type Of Goodies Found In Woman’s Pussy!!!

St. Augustine woman had multiple items hidden in her private parts while she was being processed for drug possession, a St. Johns County Sheriff’s Office report said.

Lillian Adams, 33, was pulled over near the St. Augustine Outlets and booked for drug possession and smuggling contraband after a traffic stop.

The arrest report said that when Adams was being processed at the St. Johns County Jail, a body scanner revealed a pipe in her private area. After Adams removed it, she went back through the body scanner, where more objects were found, the report said.

Adams told the officers that she had more drugs and removed a red box containing a white substance, the report said. When she went back through the scanner, another object was found, and Adams was told she would be strip-searched.

She told the deputy, “Okay, I have more drugs, I promise this time, this is everything.”

Adams then removed three bags from a private area, which also held a a white substance, the report said.

Jail records show that Adams was released on $5,500 bail.

Smith told the arresting deputy that he ate the marijuana during the traffic stop because he had just been released from jail and did not wish to be arrested again.