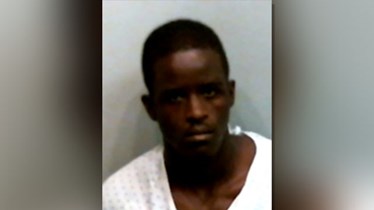 Nathaniel Mathis asked his sister and her boyfriend, Rodney Benton, to pick up the Hot Pockets on June 11, 2016. But when they got to the store, the pepperoni Hot Pockets were sold out. Mathis’s sister called him and broke the news.

When the couple went to buy the other food using Mathis’s EBT card, they realized the PIN had been charged. He allowed her to use the card as compensation for rent, and his sister called back and fought about the card when it didn’t work.

The couple went home without the Hot Pockets, or any food.

When they got home, “the defendant was home and still upset when he approached the SUV”, a spokesperson for the Fulton County District Attorney said. Mathis approached the passenger side of his sister’s black GMC Envoy said, “You know what’s going on!” and shot Benton eight times.
—————————

This story is the epitome of human fuckery!!!A Hot Pockets is definitely a new food item we covered that someone has gotten killed over… View the see also links below to see other stories that involve food and violence!!

see also:3 Teens Shoot Up Pizza Joint Due To Wrong Toppings On Pizza!!

see also:Man Attacks His Father With An Ax!! Incident Was Over Eating Too Much Pot Pie!!