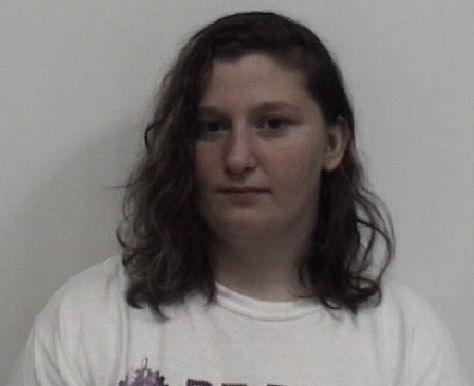 A Davidson County woman was charged with assault after deputies said her boyfriend was found with bite marks on the side of his neck, his right forearm and the inside of one of his upper left arm.

Investigators said the man told them his girlfriend, 21-year-old Abby Nicole Saunders, attacked him after he went into the bedroom and turned the channel on a television she was watching.

The incident occurred Saturday around 3 p.m. when deputies were called to the home on the 900 block of Old N.C. 109 in Lexington in reference to a domestic disturbance.

Brandon Codye Nichols McDowell, 29, had bite marks in addition to a red mark on his chest, which he said was the result of his Saunders hitting him, the sheriff’s office said in a media release.
——————————–

We wonder what exactly this lady was watching that she got so angry over her boyfriend changing the channel.. At least this man wasn’t stabbed to death or shot over this fuckery!!