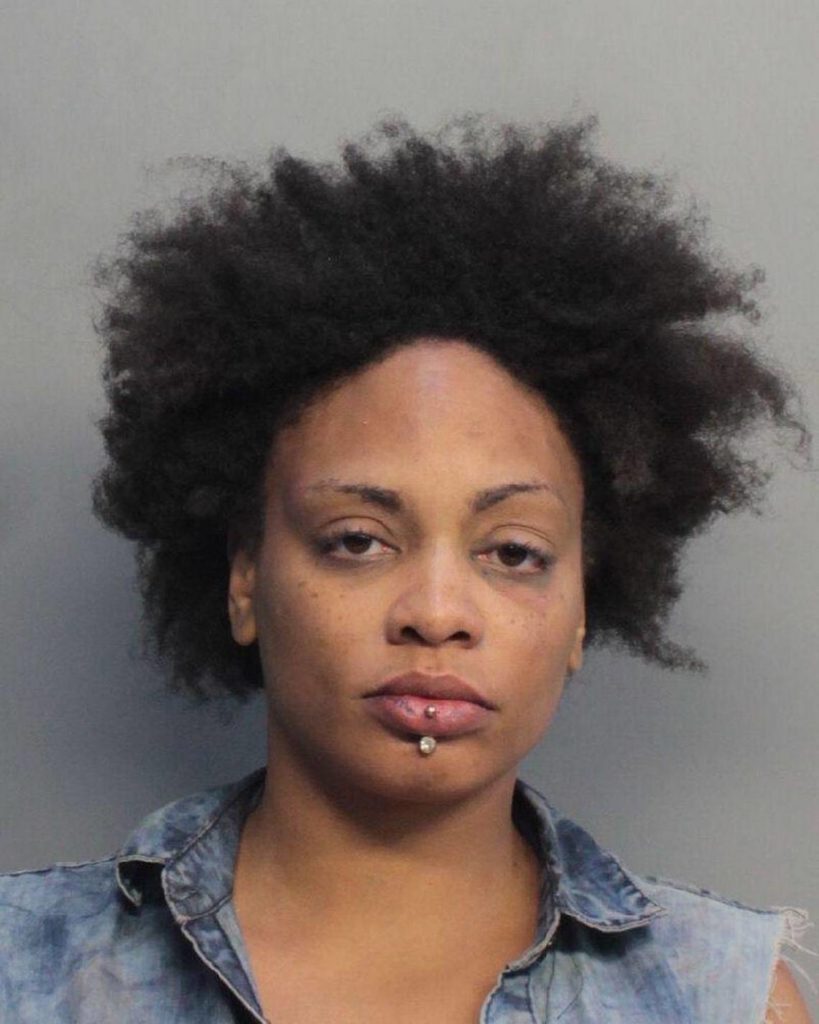 Diaz freshened up in the bathroom, he came back into the hotel room and noticed his Crown Royal whiskey bag — containing five watches valued at a total of $108,000 — gone.

Brookens then dashed out of the room, went outside and hailed a taxi. Before she could get into the cab, Diaz saw his whiskey bag inside her purse and demanded it back. Brookens then beat him on his head with an unknown object. “Diaz became dazed and fell to the ground,” according to police.

Meanwhile, a hotel employee called Springs police. Cops swept the area and found Brookens — who sports a tattoo on her left arm that reads ‘Whore’ — in a nearby alley behind Tally Ho Tailors at 5391 NW 36th St.

During the arrest, police found one of Diaz’s stolen watches. They searched the area nearby and couldn’t find the other four.

But during a jailhouse strip search, corrections officers recovered the rest, according to police: “Four Rolex watches which were found in Delajurea Brookens’ vaginal cavity.”
—————————————-

A few things things in this incident of fuckery:

(1). Of course this incident of fuckery would happen in Florida

(3). If you’re traveling with that much in valuable goods why not make sure the hotel you’re staying at has a safe?

Yikes!! We usually just come across folks hiding drugs and weapons in their pussies, visit the see also links below for more fuckery!!