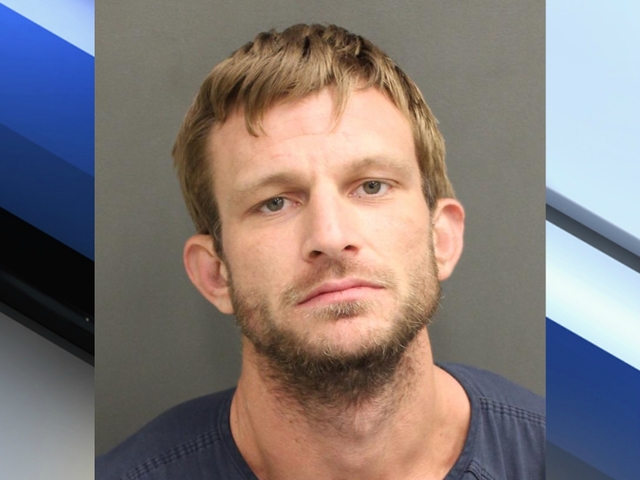 Let Me Run Away So I Can Get More METH!!!

A man was arrested Sunday after asking a Florida Highway Patrol trooper if he could run away from the scene of a crash, saying he could get the trooper more meth than he had found in his car.

Scott Ecklund, 32, was arrested on charges of methamphetamine possession and driving with a suspended license. He was arrested earlier this month and accused of crashing a Chevrolet truck into a house in Winter Park and claiming to be an FBI agent with an AR-style rifle, police said at the time.

On Sunday afternoon, a Florida Highway Patrol trooper got to the scene of a crash at World Center Drive and South Apopka Vineland Road, records show. Ecklund had crashed a blue Chevrolet Impala into another vehicle, records show.

FHP Trooper Glaudson Curado wrote in his arrest report that he searched Ecklund’s car and found meth and a small scale, records show.

“Mr. Ecklund was making no sense during our conversation,” Curado wrote. “… He was asking me to let he [sic] run away, that he could get me much more illegal substance that I had found with him today.”
——————————-

Tweaker logic is the best!!! For more info on the aforementioned FBI stunt this fool pulled view the see also links for more info!

see also:Florida Man Crashes Into Home, Claims To Be FBI Agent And Threatens To Shoot An Officer!!