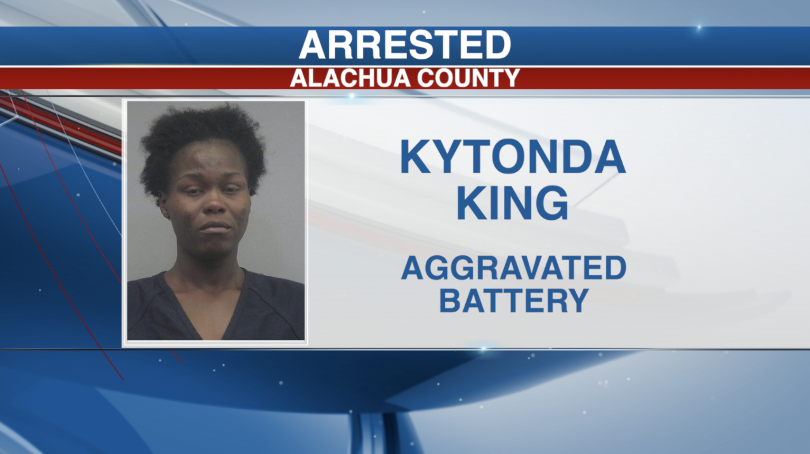 When King’s husband went to the living room to lay down, she hit him in the head with a broom stick. Her husband attempted to defend himself and when he sat back down, King knocked him unconscious with an unknown object.

Deputies say that when King’s husband was being interviewed at Shands Trauma Care, he was going in and out of consciousness.

King was arrested and charged with aggravated battery. She is in the Alachua County Jail with no bond set.
———————————