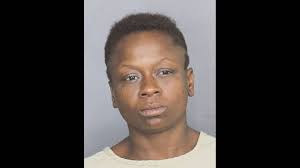 Florida Woman Pulls Knife On Customer Who Was Offend By Her Fart!!

According to a Broward Sheriff’s Office complaint affidavit, Shanetta Yvette Wilson, 37, was in the checkout line at the Dollar General store on 120 S. Federal Hwy in Dania Beach on Sunday evening. John Walker, the customer standing next to her, got into a verbal dispute “in reference to the defendant farting loudly,” according to the affidavit.

Wilson allegedly pulled a small “lock back knife” from her purse, “opened the knife and told the victim she was going to ‘gut’ him,” the police report said.
———————————-

This is very unladylike of this woman, I know nothing rubs me the wrong way like a woman acting in a vile manner like this…. then again one could assume that from the looks of this lady she claims the male gender..

see also:Washington Man Sets House On Fire, Blames It On Brother Who Farted In His Face A Decade Ago!!!