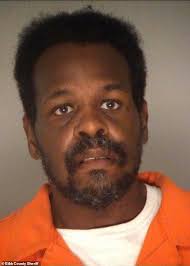 Georgia Man Caught Having Sex With Dead Woman Outside Shelter!!

Officials say they were called to the 100 block of Walnut Street just after 4 Sunday morning after a caller complained that two people were having intercourse on the front steps of the property.

When deputies arrived at the scene, they say they found a 55-year-old man in the middle of the act with a woman.

After asking the man to get dressed, deputies discovered the woman was unresponsive. An investigation showed that she “had been deceased for some time,” officials say.
——————————————

Soo you’re walking down the street and you stumble upon a LIFELESS body laying on the side walk and instead of attempting to alert the proper authorities on what you’ve found you elect to fuck this DEAD BODY!!! WTF…You sir are the epitome of human fuckery!

see also:Man Who Hid Dead Roommate’s Body Under Mattress, Had Sex On Top Of It, Convicted Of Corpse Abuse!!