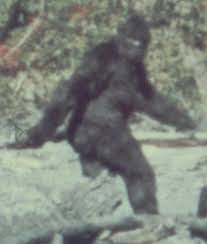 HELENA- A man in Helena is claiming to have been shot at after being mistaken for Bigfoot.

Lewis and Clark County Sheriff’s Office tells us a man was target practicing in the North Hills when he was forced to take cover after shots were fired in his direction.

Once the bullets stopped flying, the man claims he approached the shooter to try to get an explanation.

“[The shooter] said, ‘I was out hunting Bigfoot.’ Thought he was Bigfoot, and he said no he wasn’t Bigfoot, and then the guy said you should be wearing orange. It seemed like a non-emotional approach to something that’s extremely serious,” said Leo Dutton, the Lewis and Clark County Sheriff.

Police say the man called in the report the day after the incident. He couldn’t remember who he talked to and gave a description of a black Ford F-150 that the man had.

Police checked the area and found no vehicle.

The man didn’t want to press charges, and police say they haven’t heard about any other leads in this situation.
—————————————

This shooter is right about this man wearing orange though!!! Any “hunter” should know this if they’re hunting!!