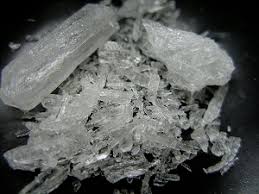 Borough police were called Sunday evening to the couple’s home in the first block of North Fourth Street.

Eric Farnack’s wife ran out to officers in a panic and said her husband was “out of control” and threatened to kill her.

The 46-year-old Farnack walked out of the house “in a state of rage,” according to police, and was screaming as he came toward officers.

We said it before and we’ll say it again… Ladies and Gentleman… DONT DO METH!!!! For more tweaker fuckery feel free to visit the see also links below!

see also:Potential Mugshot Of The Year: Minnesota Man Says He Gave Ailing Wife Meth, Had ‘Death Party’ Before She Died!!

see also:Burglary Suspect Tells Police He Didn’t Do It Because He Doesn’t Normally Try To Steal While On Meth!!

see also:Louisiana Man Says Ghost Planted Meth On Him After He Was Attacked With Axe!!!

see also: 73 Year Old Florida Woman Brings Meth To Doctor’s Office To Have It Tested, Admits To Using For A Month!!!

see also:Florida Man Asked Trooper To Leave Scene Of Crash So He Could Get More Meth!!!