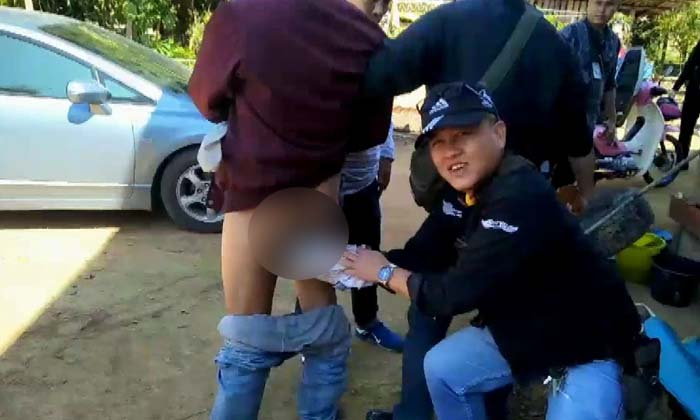 Following a tip, police in northern Phayao province searched a local man and found over 200 methamphetamine tablets (yaba) hidden in his rectum.

After conducting a standard body search on Pattapong Chaimongkol, 27, police did not find anything, but after the man continued to act suspicious, police asked him to pull down his underwear.

see also:Sri Lankan Arrested With Nearly 2.2LBS Of Gold In His Ass!!!

see also:Man In India Caught Smuggling 2.65 Pounds Of Gold In His Ass!!

see also:Mint Employee Allegedly Smuggled 180K Worth Of Gold In His ASS!!!