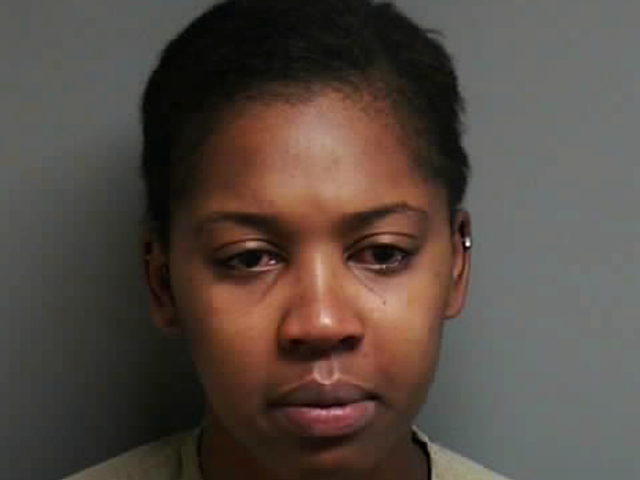 Deputies responded to China 1 on Cass Avenue about 9:40 p.m. and found the owners injured. The male owner had part of his ear bitten off; his wife had a large bump on her forehead, authorities said.

The top of the man’s ear was bitten off, Sgt. Renee Yax said.

Sheriff’s authorities said Anderson entered the restaurant and began to complain about the order she received. She was complaining to the owners, but because of a language barrier, the victims’ son translated what Anderson was saying, the sheriff’s office said.

Anderson is accused of pushing the son and throwing her food on the floor. She then began to assault the woman. The woman’s husband then stepped in to protect his wife, the sheriff’s office said.

That’s when Anderson began assaulting him. As Anderson was pushed out of the restaurant, she bit the man on the ear, according to a sheriff’s office release.
—————————
I personally can’t stand when people get irate over their food orders being messed up!! The cooks who are preparing meals aren’t perfect and they do sometimes make mistakes!! Usually if you act civil and ask for a manager and you go about this fuck up in a polite manner they’ll usually fix your dish…. This was clearly not the case in this incident of fuckery!! We at humanfuckery.com wish this man a speedy recovery!!