Woman Who Refused To Wear Mask Wants Half Of $100K Donated To Starbucks Barista!!

In a 911 call, you hear a dispatch operator tell an officer three people are “refusing to leave, not wearing a mask… they’ve asked several times and she refuses.”

About three minutes later the operator tells the officer, “They’re calling back and advising that that female is pulling down her pants and is now urinating inside the business.”

Walmart Shopper Pulls Gun on Man in Dispute Over Mask

Louisiana Man Refuses To Mask Up At Walmart, Hits Officer With Vehicle!! 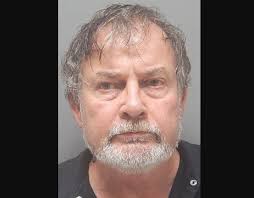 When the officer offered Taylor a mask, Taylor began cursing at the officer inside the store and saying, “You can’t make me wear a f***ing mask.” At that point, the officer let Taylor know that he was being placed on a trespassing notice and must leave.

Reports say that the officer told Taylor that the business’ policy required all customers to wear a mask.
The officer asked for Taylor’s driver’s license as he was leaving, but Taylor refused and stated, “I could give it to you but I’m not.” Reports continue saying that Taylor then got into his vehicle and refused to identify himself to the officer. As the officer was taking down Taylor’s license plate number, Taylor allegedly backed his vehicle up and struck the officer twice.